Can You Get A DUI On A Bird, Lime, Spin, Or Other Electric Scooter in Idaho? 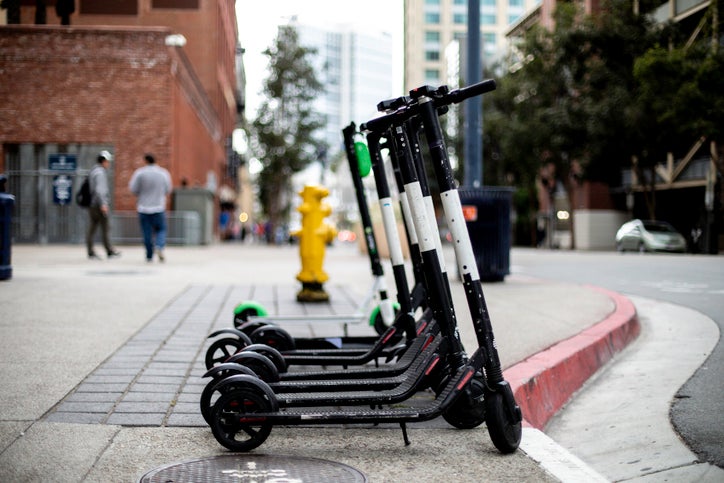 Electric scooters have appeared in Boise, Meridian, and Eagle, Idaho, and I'm sure other cities aren't too far behind. These scooters are a great alternative form of transportation but, as you might imagine, can be somewhat difficult to operate safely if your...um...balance is, shall we say "compromised" by alcohol. Can you get a DUI on an electric scooter? In Idaho, the answer is probably not. Let's take a look at how I arrived at this conclusion.

If you are over 21 years old, in order to be convicted of a DUI in Idaho, you must be

Let's break this down.

Actual Physical Control: You might think that you actually need to be driving in order to be convicted of DUI. You'd be wrong! Idaho law defines "actual physical control" to mean being in the driver's position of the motor vehicle with the motor running or with the motor vehicle moving. That means if, for example, you leave the bar after drinking a bit and decide to sit in the driver's seat, start the car, and just take a nap, you can be arrested for DUI even if your car hasn't moved or even been put into gear. Hint if you find yourself in this situation, don't get into the driver's seat!! Just start your car from the passenger's seat.

Highway, Street, Bridge, or Public or Private Property Open to the Public: This is pretty simple. If the public is welcomed with open arms to use the property, then this element is satisfied. In contrast to the example above, if you are under the influence of alcohol, drugs or a combination, or have a blood alcohol value over 0.08 and you're in your driveway, having never driven your car after drinking, you cannot be arrested for DUI...your driveway isn't open to the public.

Motor Vehicle: This is where the DUI analysis appears to fall apart. In Idaho, a "motor vehicle" is defined by statute and, in the broadest sense possible, means "every vehicle that is self-propelled." Surely, a Bird, Lime, Spin, or other electric scooter fits this definition. However, "electric assist bicycles" are not motor vehicles under Idaho law. A motorized scooter, such as a Bird, Lime, Spin, or other scooter is not defined in Idaho law as either a motor vehicle or not a motor vehicle. I'd certainly argue an electric scooter is more like an electric assist bicycle than a car...wouldn't you?

So, although Bird, Lime, Spin, or other electric scooter are certainly "self propelled" there is little likelihood they would be considered a motor vehicle under Idaho Law. That doesn't mean you can't be charged with a crime if you, say, wreck your scooter because you're intoxicated. Many cities have laws against being "drunk in public," which are almost always a misdemeanor.

Hello John,
Thanks for sharing this awesome article with us, I also share scooter-related article on my blog here: https://proscootervault.com/