Mr. Gibbs was charged in federal court with Conspiracy to Commit Bank Fraud, two counts of Bank Fraud, and two counts of Aggravated Identity Theft. The potential maximum penalty Mr. Gibbs faced if convicted on all counts up to 30 years imprisonment.

Mr. Gibbs reached a plea agreement with the United States; he pled guilty to one count of Bank Fraud and one count of Aggravated Identity Theft. He was sentenced to 48 months (4 years) in federal prison. Mr. Gibbs also had several other Idaho cases pending against him at the time, which were dismissed after his sentencing in his federal case.

Court: United States District Court for the District of Idaho 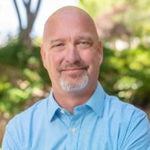