In February of 2020, Brad Sneed went to trial in defense of an Idaho credit union.  One of the credit union's former employees sued the credit union, alleging she was discriminated against when she was terminated in February of 2018.  The case was tried to a 12-person jury on Feb. 25-28, 2020.   The jury returned a unanimous verdict in favor of the employer credit union, finding there was no evidence that it discriminated or retaliated against the Plaintiff, but rather that Plaintiff was fired for cause.

Plaintiff was hired in 2016.  In 2018, the CEO of the credit union had to send Plaintiff home for the day because she behaved inappropriately toward the CEO when discussing Plaintiff's pay. The CEO provided Plaintiff with a written warning and asked Plaintiff to return the following day to have a civil discussion about her new pay structure. Plaintiff met with the CEO the following day, as well as another credit union employee. The meeting quickly devolved and Plaintiff again called the CEO names, falsely accused the CEO of lying, threatened legal action, and threatened to have the CEO fired. At the conclusion of this meeting, the CEO was left with no choice but to terminate Plaintiff's employment. It was later discovered that Plaintiff had secretly recorded this meeting. The audio of this meeting was played at trial for the jury and was admitted into evidence.  The audio was largely Plaintiff yelling at her supervisor, making false allegations, and threatening to get the CEO fired.

After being fired for insubordination, Plaintiff filed a claim for unemployment benefits with the Idaho Dept. of Labor. Her claim was denied based on a finding that Plaintiff was terminated for cause. Plaintiff appealed this decision three times (IDOL Appeals Bureau, Idaho Industrial Commission, and to the Idaho Supreme Court). Plaintiff lost her appeal before all bodies, with the Idaho Supreme Court finding the I.I.C.'s decision that Plaintiff was terminated for workplace misconduct was supported by sufficient evidence in the record. 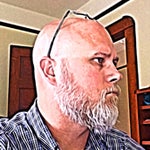