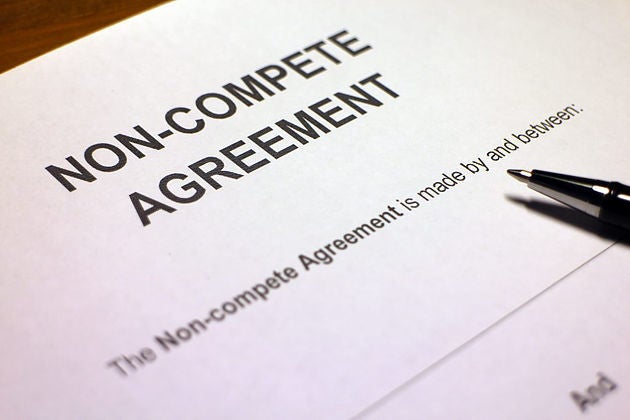 Unfortunately, most employees when faced with the prospect of losing their job if they decline to sign a non-compete agreement, simply sign it and forget about it. That is, until they decide (sometimes years later) they want to go work for another employer, or for themselves, in the same industry.   I have had many clients tell me they just figured they would “find a way out of it later” or they ask me “are these really enforceable?”  The short answer is yes they are very much enforceable, so long as they are reasonable.

I routinely assist employees in this situation, i.e., where they want to leave their employment after signing a non-compete agreement , but want to continue to work in the same industry and often in a similar geographic region.  When this situation arises, the employee must determine (a) is the agreement likely enforceable as written and (b) will the employee's proposed course of action be viewed as a violation of the agreement.

The first important question when determining whether a non-compete agreement is enforceable is whether the employee meets the definition of a “key employee.”  A “key employer” is defined as “those employees…who, by reason of the employer's investment of time, money, trust, exposure to the public, or exposure to technologies, intellectual property, business plans, business processes and methods of operation, customers, vendors or other business relationships during the course of employment, have gained a high level of inside knowledge, influence, credibility, notoriety, fame, reputation or public persona as a representative or spokesperson of the employer, and as a result, have the ability to harm or threaten an employer's legitimate business interests.”

Assuming an employee meets the definition of a “key employee,” an Idaho court will enforce a non-compete agreement as long as it is “reasonable” with respect to duration, geographic scope and the scope of the activities being restrained.  What is considered reasonable is really a case-by-case question, but Idaho law has provided some presumptions of reasonableness.  As for the duration of the non-compete, Idaho law provides that a term of eighteen (18) months or less for any non-compete agreement will be presumed reasonable.  This does not mean a longer term will be ruled unreasonable, it just means the employer would not be entitled to a presumption of reasonableness.

In such instances where an agreement overreaches either in duration, scope of activities restricted, or geographic scope, the court will typically not declare the entire agreement invalid or enforceable.  Rather, the court will amend (sometimes called “blue-pencil”) the agreement to bring it within the scope of reasonableness.  For example, a court may find a nationwide restriction unenforceable, but then may determine which geographic areas the employee had most contacts with and had the most influence over, then amend the agreement's geographic scope to only apply to those areas.

Of course, I always caution my clients that just because I can identify flaws in a non-compete agreement, or believe it likely exceeds the prescribed bounds of reasonableness, that does not mean you will not be sued by your ex-employer.  Your ex-employer may become vindictive or they may simply believe your actions are in fact violating the agreement.  In these instances, you may be sued to enjoin you from competing.  The ensuing litigation would then determine whether the agreement would be enforced.

Suffice to say, if you are presented with and asked to sign a non-compete agreement that restricts your future ability to work in a certain industry, for a certain period of time, and within a certain geographic area, you should speak with an attorney about the ramifications of signing such an agreement.  If you are an employer looking to protect your legitimate business interests, there are ways to construct non-compete agreements that can achieve this, without unfairly and unlawfully restricting your employees' future employment opportunities.

I’m a key employee at an organization and we were acquired by a new company. If I refuse to sign the new noncompete and am fired for not signing it, can I collect unemployment while looking for a new job?

Whitney, you should be able to collect unemployment benefits in this scenario. I do not believe being fired for refusing to sign a non-compete agreement, can be equated to being fired “for cause.”